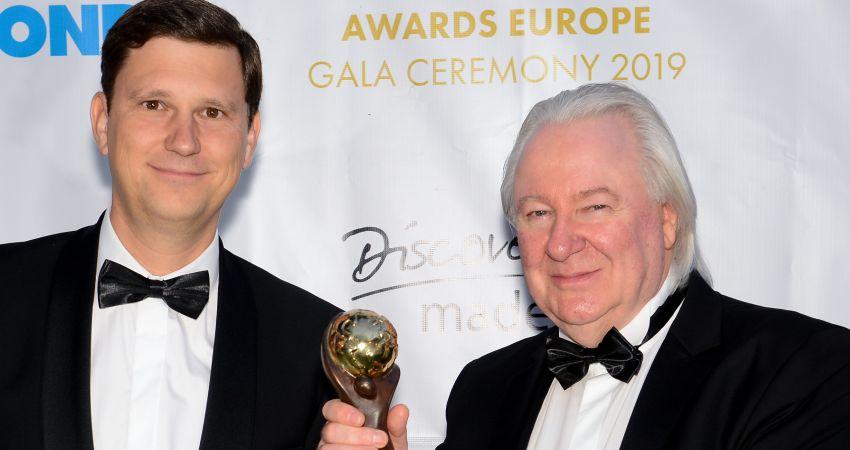 It’s a time of celebration for Madrid's MICE tourism sector. This weekend, for the second year in a row, Madrid was chosen as Europe’s Leading Meetings & Conference Destination at the World Travel Awards. David Noack Pérez, director of Madrid Convention Bureau (MCB), received the award on behalf of Madrid City Council at a ceremony held in the city of Funchal (Madeira).

The award entails recognition for Madrid from the international tourism sector, as it is essentially tourism industry professionals who vote for such awards, as well as recognition for the work undertaken jointly for years by public bodies and the private sector in an effort to demonstrate that Madrid is a top-tier global player in terms of its MICE sector offerings. Madrid City Council and the private sector work together every day via Madrid Convention Bureau, an office specialising in MICE tourism which is attached to Madrid Destino, with the aim of increasing awareness of the capital’s attractions for MICE tourism.

At the 26th edition of the World Travel Awards, Madrid beat out other major European capitals like Barcelona, Vienna, London, Paris and Berlin. Now it will compete again for the leading global destination award, against the winners from the regions of the Middle East, Asia, Latin America, Africa & the Indian Ocean and North America & the Caribbean. The winner will be announced at the Grand Final Gala Ceremony in November. Madrid’s rivals will include the Emirate city of Dubai, winner of the Middle East regional category, and Las Vegas, winner of the North America regional category, among other destinations.

The World Travel Awards, which are globally renowned as the international tourism industry’s stamp of excellence, were created in 1993 to recognise, award and celebrate excellence in all of key sectors of the travel, tourism and hospitality industry.

The magazine’s awards, now in their 8th year, are given out to winners selected annually by readers. This is the first time that they have been given out at the international level. The magazine is considered one of the most influential in North America’s business tourism sector. It features an event management platform for event organisers, which means that this award will increase Madrid’s visibility among professionals from that geographic region.

Over 200 companies are associated with Madrid Convention Bureau, representing all of the business sectors involved in MICE tourism in Madrid. Every year, in collaboration with its partners, MCB carries out some 30 international promotion activities designed to present and strengthen Madrid’s reputation in the global MICE sector.

2018, a great year for MICE tourism in Madrid
These two awards have their origins in an excellent year for Madrid’s MICE tourism market in 2018. Over the last decade, Madrid has been among the global top ten cities in this international MICE destination ranking, which is renowned among MICE sector professionals, but for the past four years it hadn’t placed among the top three, as it now does once again.

According to the 2018 MICE Tourism Sector Study conducted for MCB by the firm Madison, 23,330 meetings were held in the city in 2018, almost 15% more than in 2017, with a combined total of 1.3 million participants, representing growth of 11% with respect to the previous year./