Skip to main content
ESTRO congress, for the first time in its history in Madrid, expects the participation of more than 6,000 delegates and estimates more than 15 million euros in direct expenditure and 36,000 overnight stays

ESTRO CONGRESS CHOOSES MADRID AS THE VENUE FOR ITS 2021 EDITION 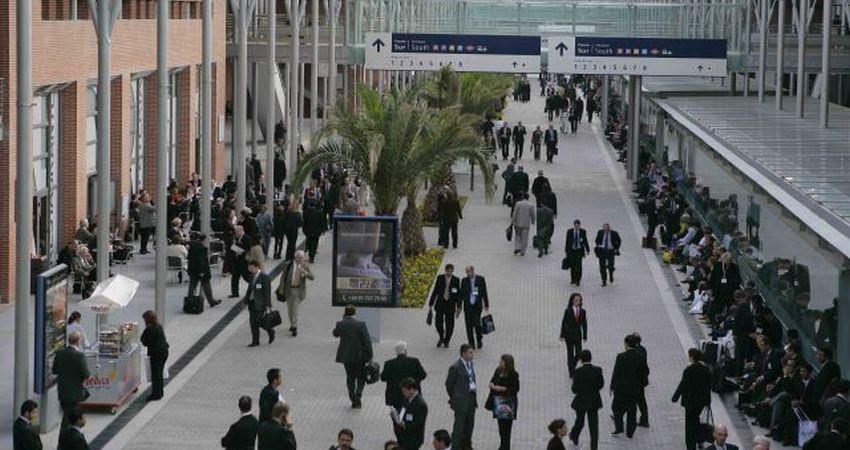 Just a few days before the EULAR (European League Against Rheumatism) congress gets under way in Madrid, which will take place from 12 to 15 June in IFEMA with an expected initial participation of 14,000 delegates, Madrid has received official confirmation from the European Society for Radiotherapy and Oncology (ESTRO) that its 2021 annual congress will be held in Madrid.

This international meeting, which is coming to Madrid for the first time in its history, will be held in IFEMA from 7 to 11 May, and some 6,000 oncology professionals are initially expected to attend as delegates, ranging from doctors to therapists or nurses.

The fact that this congress is being held in the city implies a turnover of more than 15 million euros in direct expenditure and some 36,000 overnight stays. Added to this would be the economic impact of all the parallel meetings organised around the congress by medical organisations and laboratories: expenditure on venues and ancillary services, transport, restaurants and activities.

Social impact on Madrid
One of the most significant aspects of ESTRO's coming to Madrid is the congress legacy to the city, and the activities inherent in that legacy will in fact begin to be implemented from 2020.

The concept of a congress legacy implies that part of the knowledge that is generated during the congress, or indeed even beforehand, is channelled through various dissemination and training activities, so that the public and the entire medical sector, in this case that of Madrid, may be involved and may benefit from this knowledge. All these activities are designed to achieve perceptible and relevant changes in the lives of health science professionals and residents of Madrid.

To this end, ESTRO, its local partners and the Madrid Convention Bureau on behalf of Madrid City Council's Tourism Department are collaborating in the planning of these dissemination and citizenship training activities, which will begin as much as one year before the congress is held in Madrid.

In actual fact and according to the organisation, these activities, which were proposed and are being managed logistically by the Madrid Convention Bureau, played a key role in the decision to bring the congress to Madrid: apart from having the logistical capacity to organise this global event, the most important thing was the creation of a joint participation project that will have a tangible impact on patient outcome, in line with the vision of this European society: "Optimal Health for All, Together."

In the words of ESTRO Chairman Umberto Ricardi, “Madrid’s proposal was a clear and impressive demonstration of teamwork. Madrid will be the first destination where ESTRO's new destination approach will be implemented and, therefore, expectations are high”.

The Director of the Madrid Convention Bureau, David Noack, remarks in this respect that “the Madrid Convention Bureau is very aware that it has a responsibility to ensure that congresses that are held in Madrid benefit all its inhabitants and we are particularly delighted to launch, together with ESTRO and SEOR, what is for all concerned the first large-scale legacy project for a city; it is definitely an exciting challenge".

On behalf of ESTRO's local partners, the Spanish Society of Radiation Oncology (SEOR) is collaborating in the project. Dr. Contreras, the Chairman of this Society, has expressed its absolute satisfaction and its total commitment to collaborate in the organisation of the 2021 ESTRO congress in the city of Madrid: “We are deeply grateful to ESTRO for its initiative in once again choosing Spain for its annual congress, implementing for the first time a new collaboration formula, in which SEOR takes on a very relevant role in the development of the objectives and values that we wish to transmit from ESTRO, "Optimal Health for All, Together", and which coincide with our own. Giving visibility to radiotherapy oncology in all areas of the scientific community, the public administrations and civil society, will allow our patients to benefit from the scientific and technological advances that are already available in our country.”

The initiative will also benefit from the participation and support of other oncology professionals and entities, such as the MD Anderson Clinic.

Madrid, an ideal destination for congresses
The ESTRO congress will take place only a few months after another major medical congress in the same field, ESMO 2020, which will take place from 18 to 22 September. According to the organisers, the number of delegates is currently expected to exceed 30,000. The Congress of the European Society for Medical Oncology will return to the city of Madrid for the third time, following two successful editions in 2014 and 2017.

This coincidence in time, together with the fact that Madrid has hosted in recent years such major medical congresses as the European League Against Rheumatism, EULAR, which is about to begin and with as many as 15,000 delegates expected to attend, the European Respiratory Society (28 September to 2 October 2019), with 18,000 delegates or the 28th International Congress of the European Academy of Dermatology and Venereology, EADV, (9 to 13 October 2019), with 10,000 delegates, bears witness to the positive experience that the organisers of medical congresses have had in Madrid, especially so in the case of those that have already returned for successive editions, such as EULAR.  The fact that these congresses are held in Madrid strengthens Madrid's reputation at the international level.

Rise in the ICCA ranking
Madrid's rise in the international ranking of the 2018 ICCA (the International Congress & Convention Association), from 7th place to 3rd, will serve as a reflection of this positive moment in the congress sector. Although Madrid has always been one of the top 10 worldwide destinations for international congresses throughout the last decade, the last time the Spanish capital was ranked among the top three destinations in this ranking was in 2015.

The importance of this position and of remaining among the top destinations worldwide is on the one hand a reflection of the prestige achieved year after year and, on the other hand, it is a tool to strengthen this same prestige in the industry./