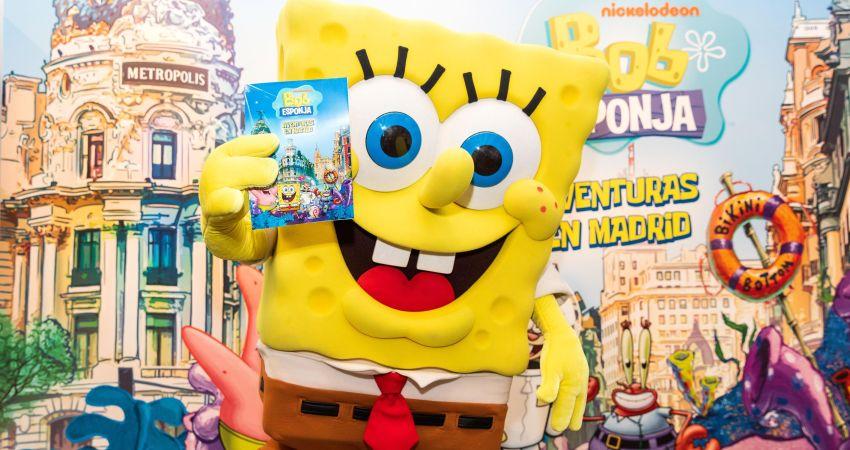 The city of Madrid welcomes families who choose it as their destination with a new informative guide. In collaboration with Nickelodeon, the biggest children’s entertainment brand owned by Viacom International Media Networks’ (VIMN), Madrid City Council's Tourism Department has just released a new family tourism guide: SpongeBob: Adventures in Madrid. The publication is illustration-based and features SpongeBob and his friends from Bikini Bottom, who present and describe the city of Madrid’s main historic sites and places of interest to kids, as well as its gastronomy and cultural and leisure offerings.

The guide aims to strengthen the city of Madrid’s image as a top destination for family tourism and promote visits to the city by families looking for a wide and diverse range of leisure and entertainment options, such as that found in Madrid. The guide makes it easy for them to enjoy the capital, suggesting all sorts of activities and things to do and promoting children's knowledge of Madrid in a fun and enjoyable way, with the help of SpongeBob and his friends.

The guide
After receiving a book about the city of Madrid from Sandy Cheeks, SpongeBob and his friends will discover unique and iconic places in the capital, from El Retiro Park, Puerta de Alcalá gate and the Statue of The Bear and the Strawberry Tree to Puerta del Sol, Plaza Mayor and the Temple of Debod, in addition to many other surprising spots.

The cultural and leisure offerings described by SpongeBob include the museums along the Paseo del Arte (Art Walk), the changing of the guard at the Royal Palace, the beach in Madrid Río Park, the Madrid City Tour scenic bus, workshops at museums, musicals, theatre productions and circus acts, the Zoo Aquarium and Parque de Atracciones amusement park, where children will find Nickelodeon Land, an area for families that’s the only place in Spain with rides, shows and iconic characters from the Nickelodeon world, including Paw Patrol, SpongeBob, the Teenage Mutant Ninja Turtles and Dora the Explorer. And, of course, the guide also features scrumptious treats that no visitor to the city should miss: from the huevos estrellados (fried eggs served over chips) at Casa Lucio to the Spanish omelette at La Ardosa, the croquettes at Casa Labra, the hot chocolate and churros at San Ginés and the violet sweets at La Violeta.

SpongeBob: Adventures in Madrid showcases the extensive natural heritage that people can enjoy in Madrid, the city with the most trees in Europe, which boasts large green spaces like Casa de Campo Park, El Retiro Park, El Capricho Park and Quinta de los Molinos. The guide also features a sport that’s always a favourite with kids: football. It covers the city’s top teams, Real Madrid and Atlético de Madrid, as well as their home stadiums, Santiago Bernabéu and Wanda Metropolitano, and the fountains where they celebrate their victories: Cibeles and Neptuno.

Games and activities
In addition, the guide has some fun activities for children. They can colour in Madrid’s most famous painting, do a fun word search, find Madrid’s “hidden treasures” and draw a picture of their own experience in the city.

Madrid City Council's Tourism Department will make over 50,000 copies of the guide available (in Spanish) at the tourist information centre and points that it manages. The publication can also be downloaded in both Spanish and English from the city of Madrid’s official tourism website:

SpongeBob in Madrid
SpongeBob has a “house” in Madrid. Nickelodeon Land in Parque de Atracciones, Madrid’s amusement park, is the brand's largest family area in both Spain and Europe. It boasts a total area of 22,000 m2, 14 rides, SpongBob's only house (a pineapple in Bikini Bottom) in Spain, 16 characters that kids can see in real life and interactive musical shows for the whole family, such as “Patrulla Canina en Acción” (Paw Patrol in Action) and “Nickelodeon Let’s Party”.

About SpongeBob
Since the character was launched in July 1999, SpongeBob SquarePants has become a pop culture phenomenon. For 15 years running it has been the most-watched animated TV series among children aged 2 to 11. In recent years the show has had an average combined audience, via all of Nickelodeon's international platforms, of over 100 million. “SpongeBob” is the most widely-distributed brand in the history of Viacom International Media Networks, viewed in 208 countries and territories and translated into 55 languages. The “SpongeBob SquarePants Movie: Sponge out of Water”, produced by Paramount Pictures, premiered in February 2015 and topped the box office charts during its opening weekend. The animated series follows the (sometimes absurd) nautical adventures of SpongeBob –an honest and optimistic sea sponge– and his friends.

About Nickelodeon
Nickelodeon is the largest children’s entertainment brand. It has built a diverse, global business by designing all of its offerings with children in mind. These include TV content and productions all over the world, such as SpongeBob, Henry Danger, The Loud House and Rise of the Teenage Mutant Ninja Turtles, as well as special events like the Kids’ Choice Awards and the Nickelodeon Slime Fest, consumer products, digital offerings such as My Nick Jr. and theme parks like Nickelodeon Land and Nickelodeon Adventure, in addition to books and films. Nickelodeon’s brands reach over 1 billion cumulative subscribers in more than 178 countries and territories, via more than 127 locally programmed channels and branded blocks.

Outside of the United States, Nickelodeon is part of Viacom International Media Networks (VIMN), a division of Viacom Inc. (NASDAQ: VIAB, VIA), one of the world's top creators of programming and content for all media platforms. Nickelodeon has had a presence in Spain since 1999, and its brands reach 100% of the country, broadcast by Movistar+, Vodafone TV, Orange TV, Telecable, Euskaltel, R Cable, Sky, Total Channel and other traditional cable operators./ 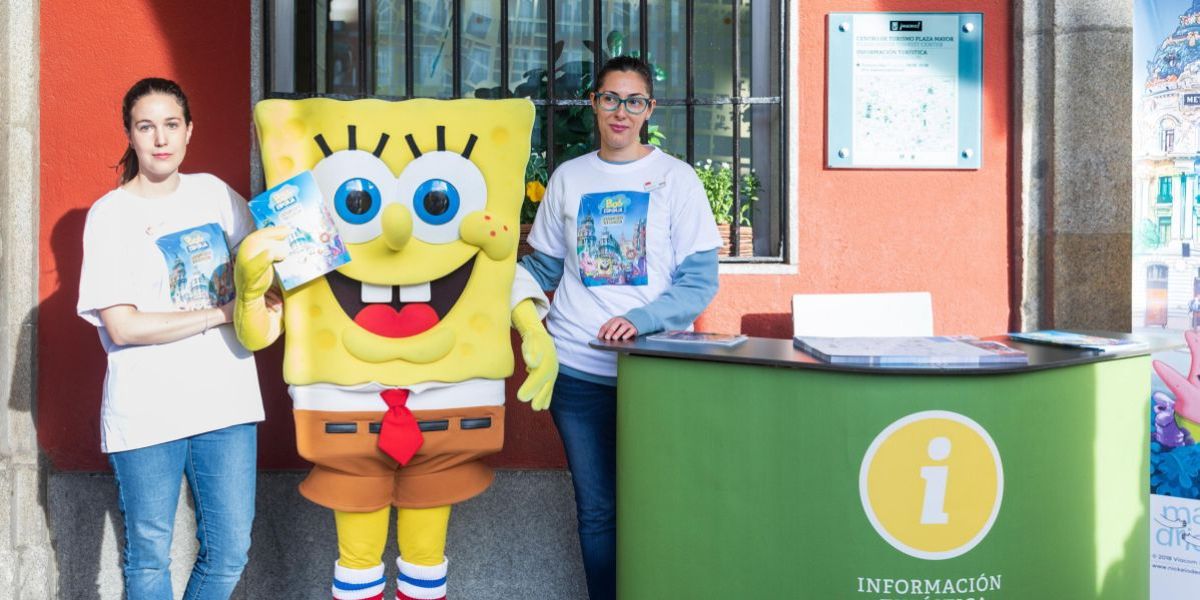