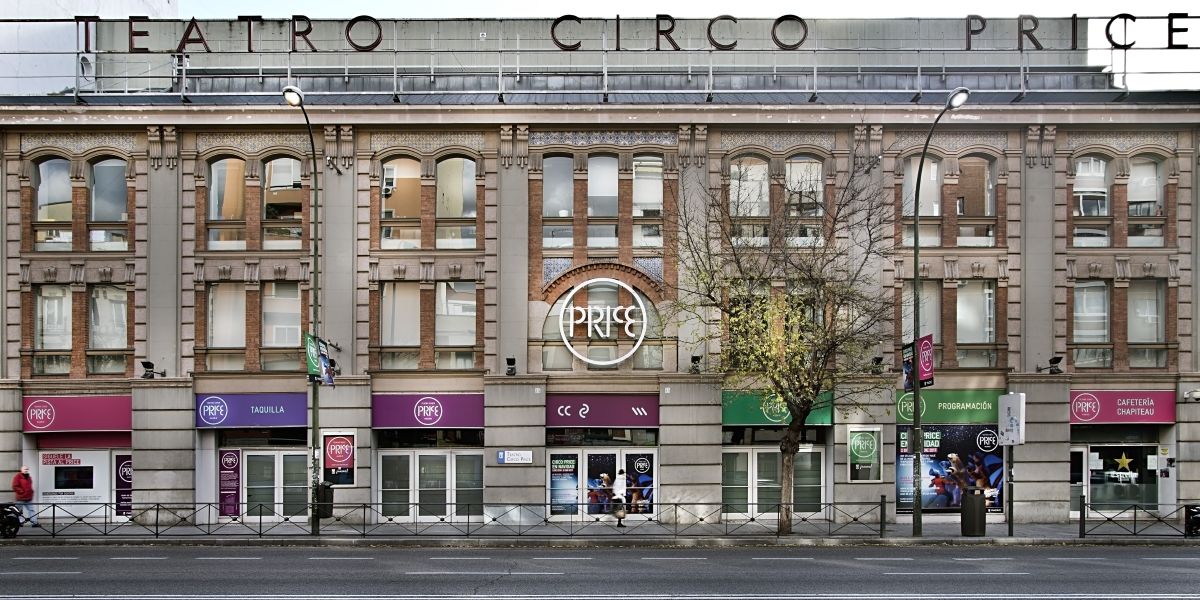 Teatro Circo Price is a unique multi-disciplinary space where contemporary circus in all its guises is performed alongside other cutting edge drama, music and exhibitions.

Being the only fixed-venue circus in Spain, it has played a key role in the renaissance of this genre in an innovative, contemporary format.

The theatre has hosted the latest productions by prestigious companies from France, Germany, Canada, Vietnam, Colombia, Australia and Belgium, allowing the public to rediscover an art which for many was anchored in their memories of childhood.

Teatro Price also presents its own productions, which place a strong emphasis on young creators and aesthetic innovation.

Opened in 2007, it takes its name from the circus theatre founded in 1868 by Thomas Price which was widely viewed as “the capital of Spanish circus” until its closure in 1970.